10 Movies You Didn’t Know Were Filmed in Maryland 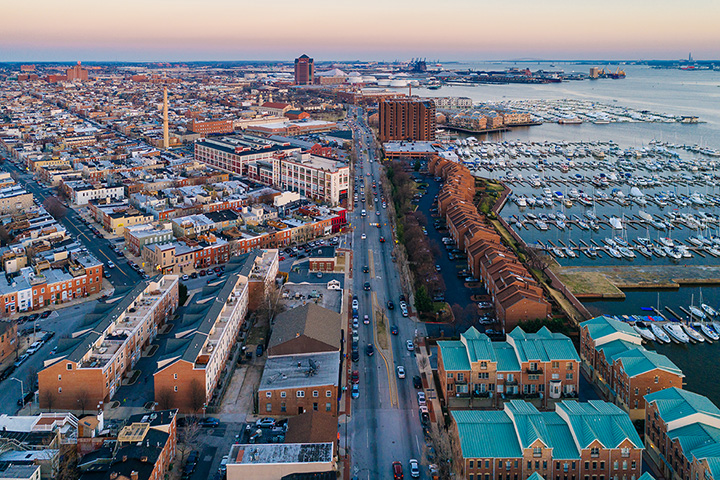 Maryland is a beautiful state and with our water access, urban and rural areas, and proximity to Washington D.C., we have hosted many movie sets. Some of the movies filmed in Maryland are ones that you would never know where shot here. These 10 great movies filmed in Maryland should definitely be watched again, this time looking for your favorite landmarks, restaurants, and parks.

“Step Up,” a famous dance movie, staring Channing Tatum and Jenna Dewan Tatum, features a love story formed in the middle of incredible dance scenes. The plot features a local Baltimore kid (Tatum) who keeps getting in trouble and is sentenced to community service to be served at a Baltimore art school where he begins his journey to become a dancer.

A Harrison Ford classic, “Patriot Games” is a good watch. Many of the scenes are filmed in downtown Annapolis with him leaving the Naval Academy and his daughter going to school on the grounds of St. Johns College. His country home is located in North Beach in Calvert County – still a quiet and beautiful place.

Both the 1988 and 2007 versions of this popular musical have scenes shot in Baltimore. “Hairspray” has become a cult classic and is often on stage in Baltimore as well.

The small, charming town that makes up much of the film was actually in Berlin, Maryland. Even the New York City scenes were filmed in Baltimore. As a romantic comedy, “Runaway Bride” highlights the diversity of Maryland and how charming our small-town life can be.

Clint Eastwood stars in this classic political thriller. The plot of “Absolute Power” takes place in Washington D.C. but most of the filming took place in Maryland. Scenes were also shot throughout the state including Elk Neck State Park, Townson and Turkey Point Road, along with Maryvale Preparatory School.

“The Social Network,” a film documenting the founding of Facebook, was shot in several locations throughout the world. The campus scenes were filmed at John Hopkins in Baltimore, a fun piece of trivia for local alumni.

Several scenes in the “Failure to Launch” were filmed in Maryland. This charming romantic comedy takes place in California and Louisiana but also in Baltimore, Annapolis, St. Michaels and Oxford, Maryland.

With Alex Cross as the hero, a congressman’s daughter must be saved from kidnappers. Another political thriller, “Along Came a Spider,” was filmed in Owings Mills and Baltimore, in addition to Washington D.C. and British Columbia.

Several scenes of “Enemy of the State” are filmed in Baltimore but one of the most iconic is probably where Lyle blows up his house/hideout. This scene is located on Boston Street in Baltimore. Also, several of the driving scenes are in Baltimore and the ferry is in Fells Point.

View more Maryland Movie Theaters.
Select a Maryland town to find
the Best Things-To-Do and Places To Go around you